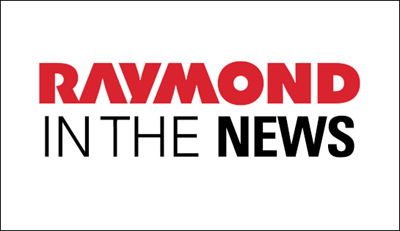 GREENE, N.Y. — The Raymond Corporation has engineered the first hydrogen fuel cell-compatible orderpicker, which features a specially-built 21-inch battery box to easily accommodate a hydrogen fuel cell. United Natural Foods Inc. (Nasdaq: UNFI) — the leading independent national distributor of natural, organic and specialty foods and related products in the United States and Canada — is the first organization to install the new orderpicker as part of an initiative to transform its Sarasota, Fla., distribution facility lift truck fleet to hydrogen fuel cell-powered trucks. In addition to eliminating time for battery charging, changing and maintenance, Providence, R.I.-based UNFI anticipates the fuel cells will be a key component in enhancing sustainability goals.

“Today, fuel cells are used as battery replacements in lift trucks and, therefore, must meet size compatibility standards,” says Frank Devlin, segment manager for Raymond. “There are some extra challenges in engineering a fuel cell-compatible orderpicker due to the existing battery compartment size, so Raymond redesigned the battery compartment of its Model 5500 orderpicker to enable UNFI to convert its entire fleet to hydrogen power.”

“This project extends our commitment to create an environmentally and socially responsible environment in all the communities we serve,” commented Lisa Madsen, director of sustainability & social responsibility at UNFI. “Hydrogen fuel cells not only provide greater productivity, but by converting UNFI's Sarasota lift truck fleet to hydrogen fuel cells, we expect carbon emissions will be reduced by approximately 132 metric tons annually, an amount equivalent to the annual emissions of 35 automobiles.”

The 352,000 square-foot Sarasota facility, which employs approximately 160 associates, serves as a regional distribution hub for customers in the Southeastern United States.

For more information about Raymond fuel cell-powered lift trucks or to locate a Raymond Solutions and Support Center, visit www.unfi.com/) carries and distributes more than 60,000 products to more than 17,000 customer locations nationwide. The Company serves a wide variety of retail formats including conventional supermarket chains, natural product superstores, independent retail operators and the food service channel. United Natural Foods, Inc. was ranked by Forbes in 2005 as one of the "Best Managed Companies in America," ranked by Fortune in 2006, 2007, 2009 and 2010 as one of its "Most Admired Companies," winner of the Supermarket News 2008 Sustainability Excellence Award, and recognized by the Nutrition Business Journal for its 2009 Environment and Sustainability Award.

"Safe Harbor" Statement under the Private Securities Litigation Reform Act of 1995: Statements in this press release regarding the Company's business that are not historical facts are "forward-looking statements" that involve risks and uncertainties and are based on current expectations and management estimates; actual results may differ materially. The risks and uncertainties which could impact these statements are described in the Company's filings under the Securities Exchange Act of 1934, as amended, including its annual report on Form 10-K filed with the Securities and Exchange Commission on September 30, 2009 and its quarterly reports on Form 10-Q filed thereafter, and include, but are not limited to, the Company's dependence on principal customers; the Company's sensitivity to general economic conditions, including the current economic environment, changes in disposable income levels and consumer spending trends; increased fuel costs; the Company's sensitivity to inflationary pressures; the relatively low margins and economic sensitivity of the Company's business; the ability to identify and successfully complete acquisitions of other foodservice distributors; and management's allocation of capital and the timing of capital expenditures. Any forward-looking statements are made pursuant to the Private Securities Litigation Reform Act of 1995 and, as such, speak only as of the date made. The Company is not undertaking to update any information in the foregoing reports until the effective date of its future reports required by applicable laws. Any projections of future results of operations are based on a number of assumptions, many of which are outside the Company's control and should not be construed in any manner as a guarantee that such results will in fact occur. These projections are subject to change and could differ materially from final reported results. The Company may from time to time update these publicly announced projections, but it is not obligated to do so.

For additional information about The Raymond Corporation or to locate a Raymond Solutions and Support Center, visit the company Web site at www.raymondcorp.com or call (800) 235-7200. Above. And beyond.®, iWarehouse®, Raymond®, Reach-Fork®, Swing-Reach®, and Vantage Point® are U.S. trademarks of The Raymond Corporation.

GenDrive™ is a trademark of Plug Power Inc.

©2010 The Raymond Corporation. All rights reserved.